The classic apple crumble is a quick, easy dessert with only five ingredients and takes less than 30 minutes to make. This recipe for an easy-to-prepare dessert has become popular in many households around the world due to its ease of preparation and delicious taste.

This is a great apple crumble recipe that will leave you with an apple pie to die for. 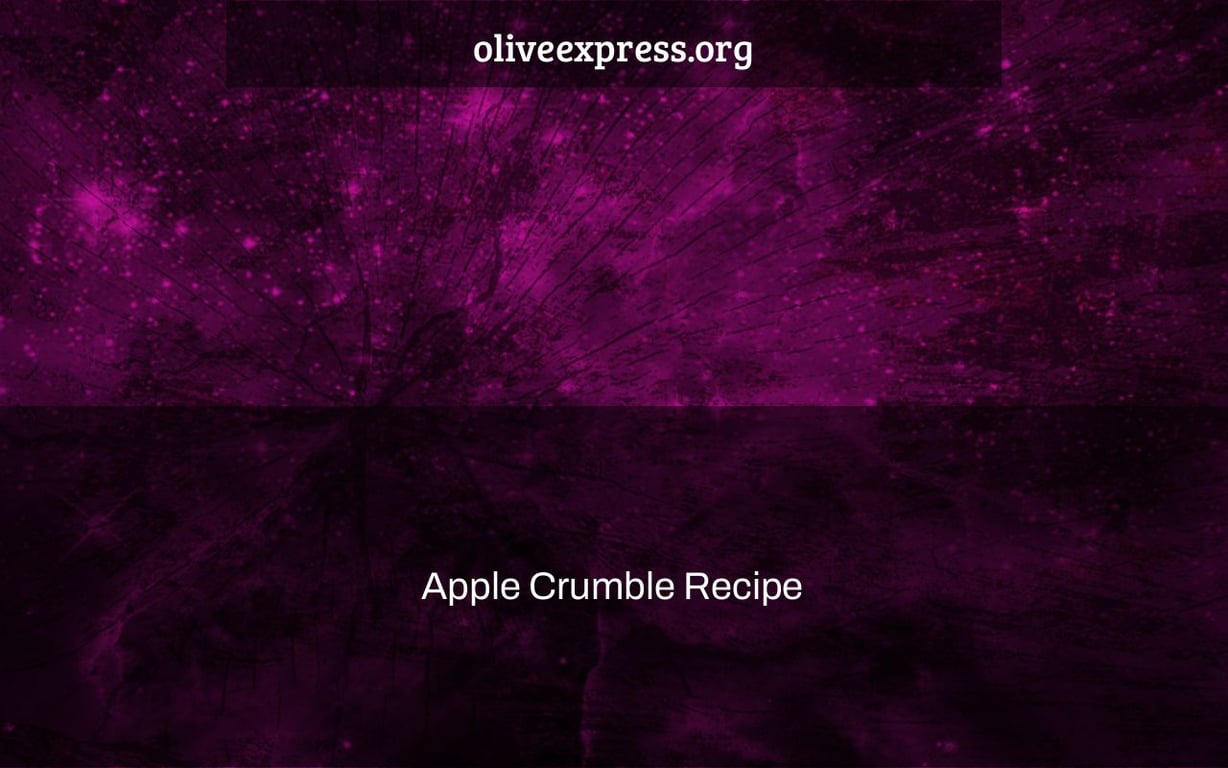 When autumn arrives, apple crumble is a simple, cozy dessert to prepare. It’s a simple dessert that you can start eating in the autumn. Apples are sliced into little bits, cinnamon is added, and the mixture is then topped with a crispy, crumbly topping.

Apple crumble may resemble apple crisp, but the two are not the same. Both phrases relate to the same dessert in the United Kingdom and Australia, while they are regarded distinct in Canada and the United States. Both apple crumble and apple crisp are baked fruit desserts with a topping layer. Unlike the crisp, which has an oat or nut topping, the crumble has a flour, sugar, and butter streusel topping.

It’s delicious and simple to make, and it’s ideal for the coldest months of the year. It’s a meal that both adults and children like, and it’s tasty while still being healthful. It’s great for breakfast, snacking, or as a dessert at the conclusion of a meal when served with whipped cream or vanilla ice cream, all of which go well with cinnamon. Combine this dish with English cream, a traditional complement for apple crumble in Anglo-Saxon region, to imitate authentic English lords. There are no shortcuts; just follow the instructions step by step; this is the classic English apple crumble recipe.

The apple crumble is a traditional English dish. It seems to have originated during World War II, when food was limited and people sought to concoct delightful recipes using the few and basic materials available. In this example, the dish was created to replace the more traditional and substantial apple pie prepared with puff pastry, which is the national dessert of the United States of America.

It is traditionally served with English cream, which is a custard made without flour, although over time, even in England, it has come to be served with cream or ice cream.

What apples are ideal for Apple Crumble?

We suggest tart, green apples or Granny Smith apples for this recipe, but you may use any apple that matches your taste.

It’s important not to skimp on the sugar in your topping if you want it to be especially crispy. Make sure there isn’t too much flour or butter in the recipe.

Choose tart apples to keep the filling from turning watery. Because pectin has a lower pH, it minimizes the likelihood of apples becoming mushy and watery after cooking. Also, flour is beneficial, so don’t leave it out.

You may also add orange zest or vanilla to the apples.

For a lighter version of this apple crumble, substitute the butter with olive, sesame, or coconut oil. However, you will need butter for the original recipe; oil is not a common culinary commodity in the United Kingdom, where animal fats are favored, as is typically the case in nations with severe climates.

As an old-fashioned dessert, apple crumble has spawned a slew of new variations, all of which are delicious and simple to make. The most essential thing is to utilize fresh, seasonal fruit wherever possible. In the summer, make a delicious peach crumble, and in May, a cherry crumble.

This dish also comes in a vegan version that is delicious. Following the preparation of the apples in a pan with cinnamon, lemon juice, margarine, and brown sugar, prepare the crispy coating with rice flour, brown sugar, a drizzle of maize oil, and oat flakes, constantly working with your hands to get a crumbled combination. To make it more flavorful, add pine nuts and chopped walnuts or hazelnuts to your liking. Serve with a scoop of soy ice cream in the flavor of your choice.

Apple crumble that is gluten-free

In this scenario, you may make the crispy component using rice flour, corn foil, and cane sugar, which will be combined with butter to make the classic English dessert’s combination. To increase the crunchiness, mix with gluten-free muesli or crushed gluten-free dry crackers.

Apple crumble with a light texture

In this instance, light entails apple crumble made without butter. You’ll need to leave this item out if you want a dessert with less calories than the usual recipe. After that, cut the apples into cubes and season with cinnamon and lemon, then combine the grains and brown sugar on top and cover the apples. You’ll receive an outcome that’s equally pleasing;

Crumble with apples and almonds

Add the chopped almonds to the basin where you’re combining the flour, room temperature butter, and brown sugar with your fingers for an even better finish. Other dried fruits, such as walnuts and hazelnuts, may be used in this variation.

Simply add the chocolate, even white chocolate, in little bits to the basic crumble recipe and stir everything together with a spoon.

How do you keep apple crumble fresh?

To avoid the dessert from losing its crunchiness, we recommend tasting it as soon as it is done. If you just have a short amount of time, you may make the crumble ahead of time and the apples afterwards (otherwise they would risk blackening).

What is the best way to prepare apple crumble? 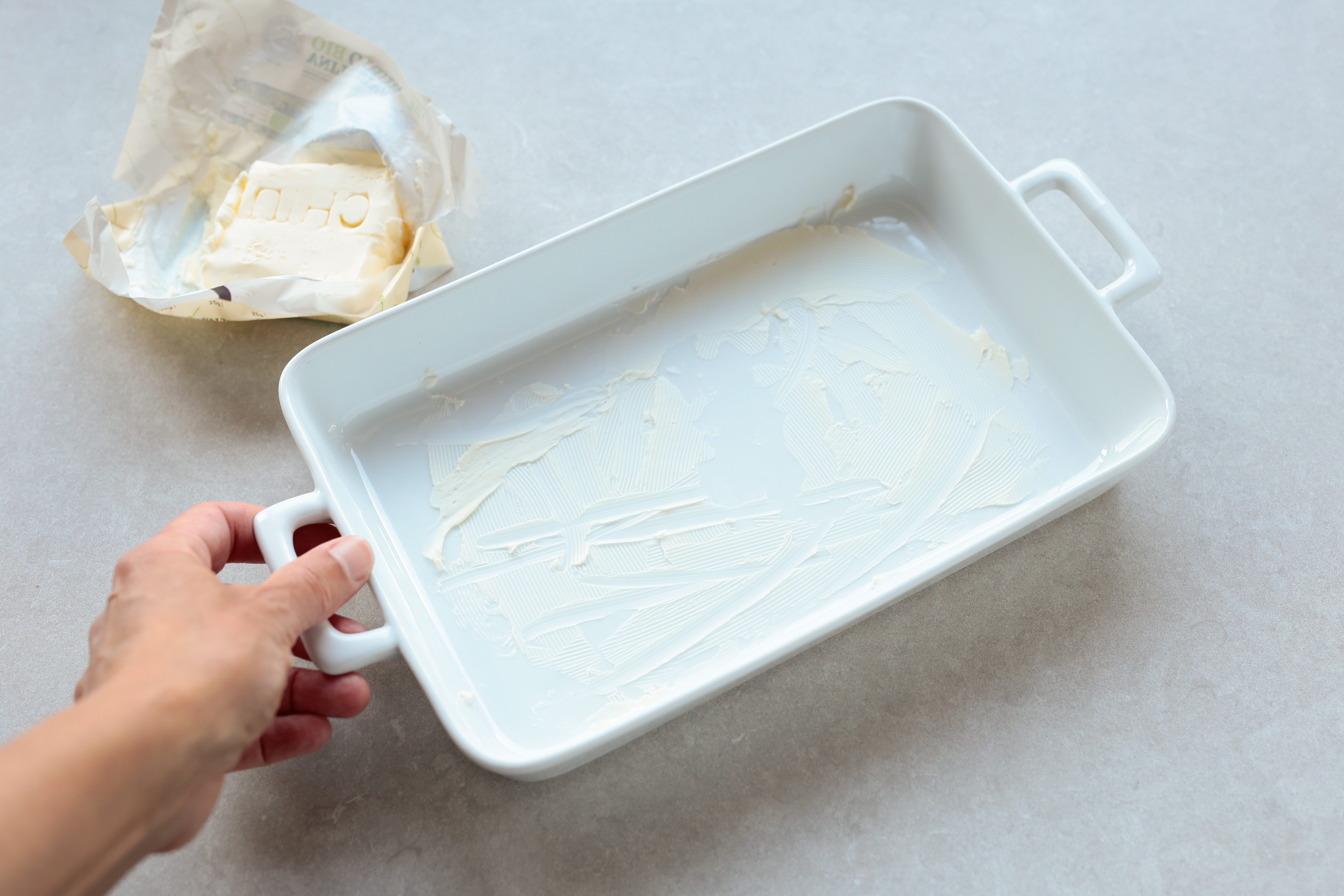 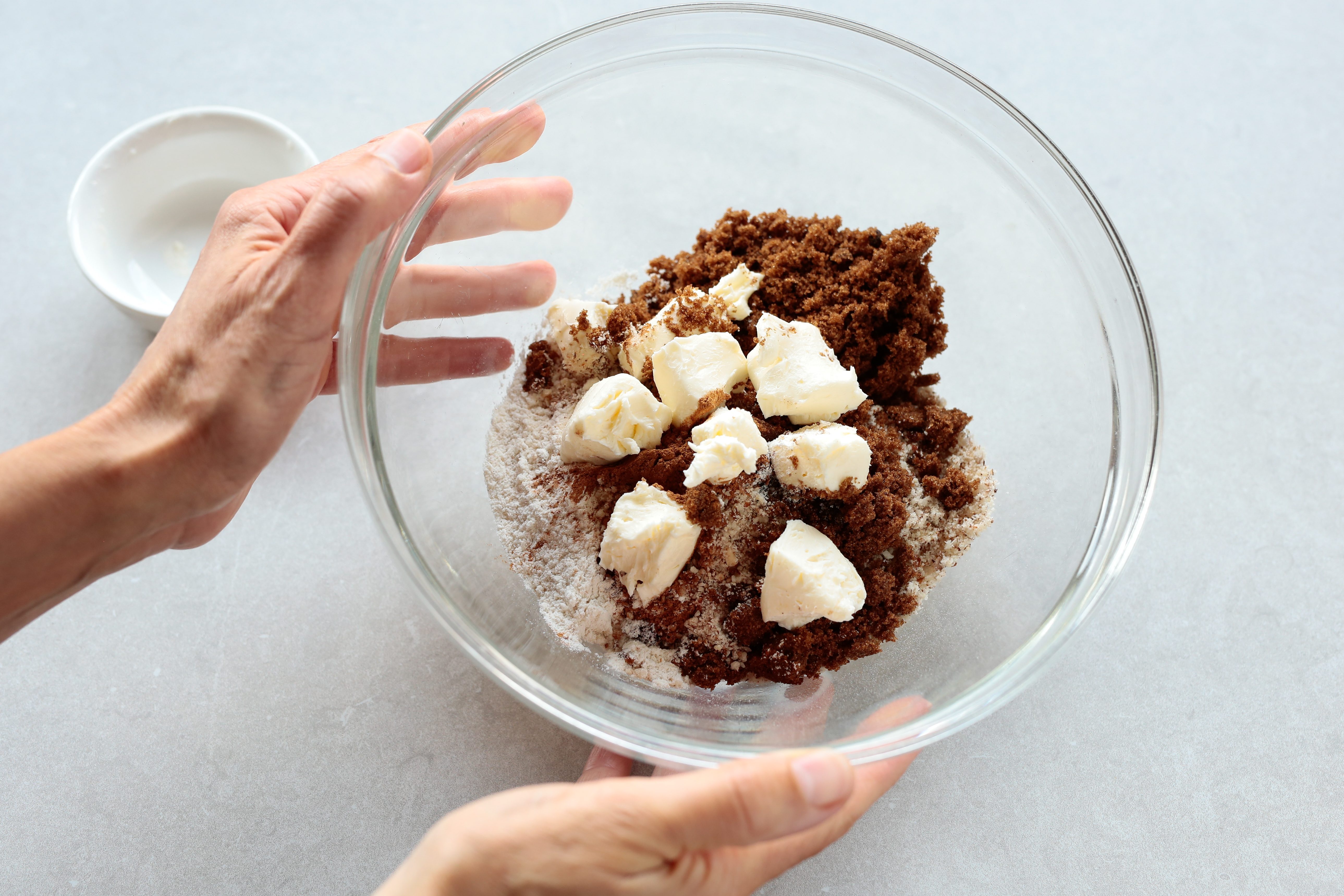 Combine the flour and salt in a mixing dish (2). After that, add the butter and brown sugar. 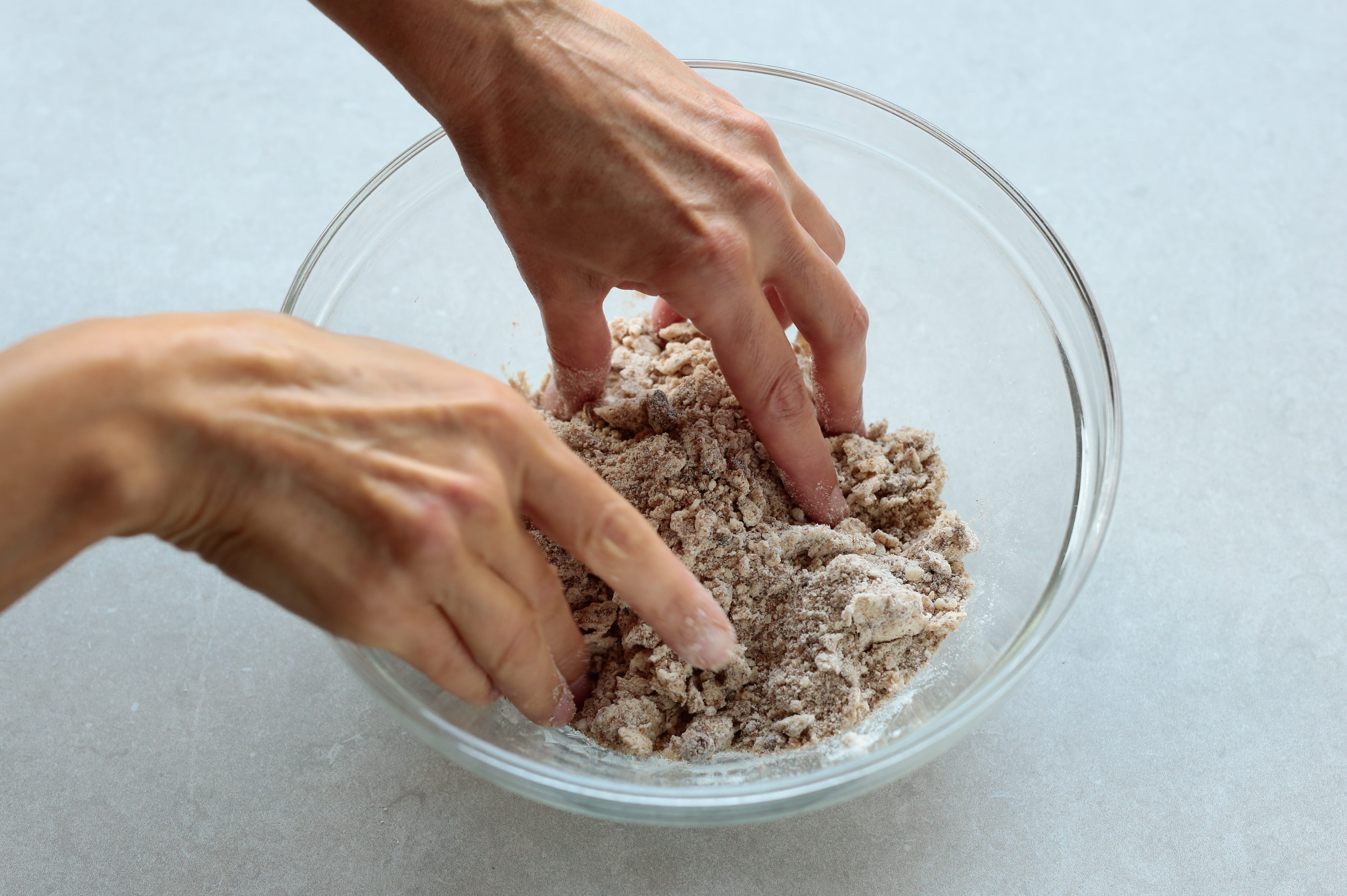 Begin by rubbing the ingredients together with your fingers (3). An electric mixer may also be used. 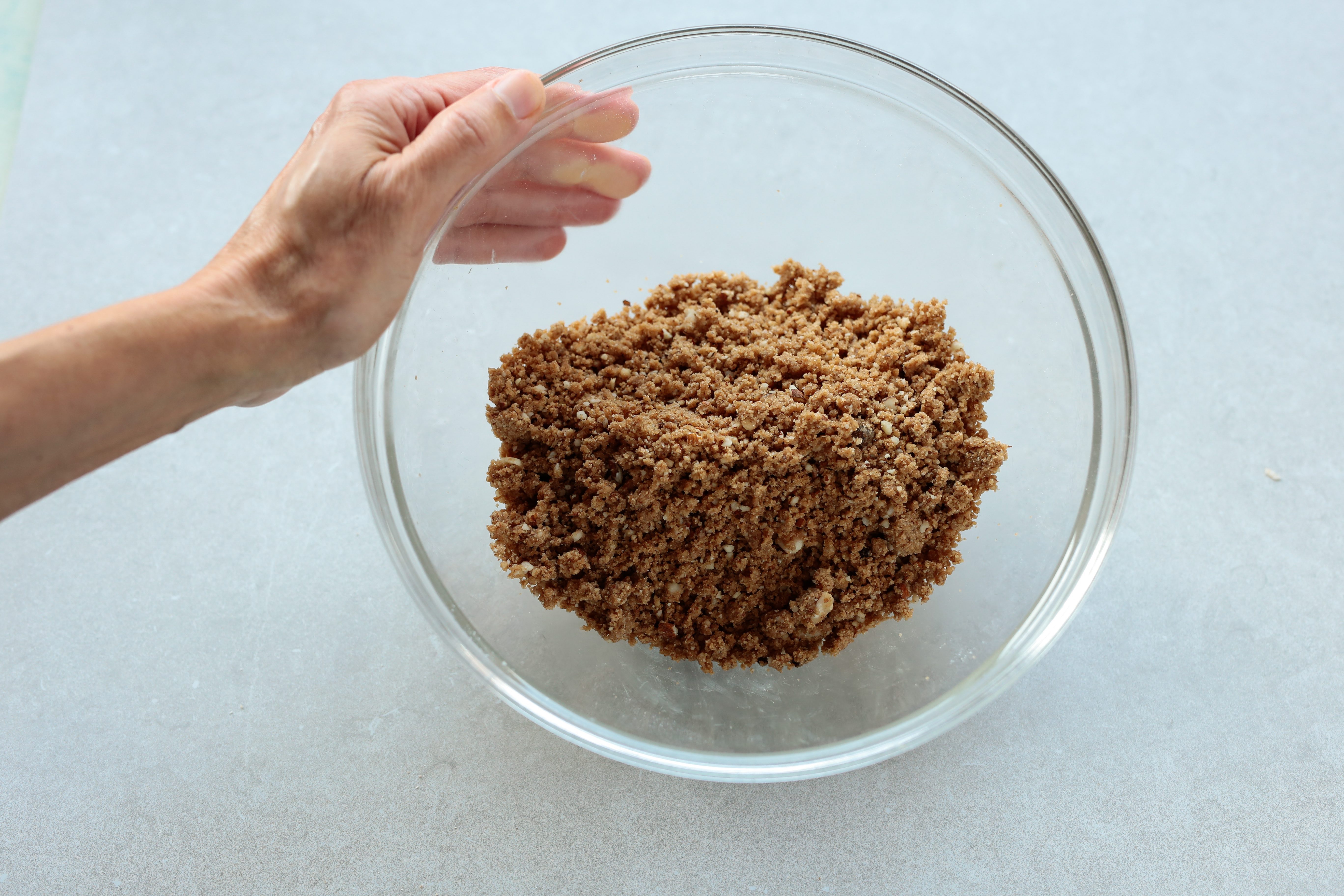 Continue until the topping is crushed (4). Place in the refrigerator for 30 minutes. 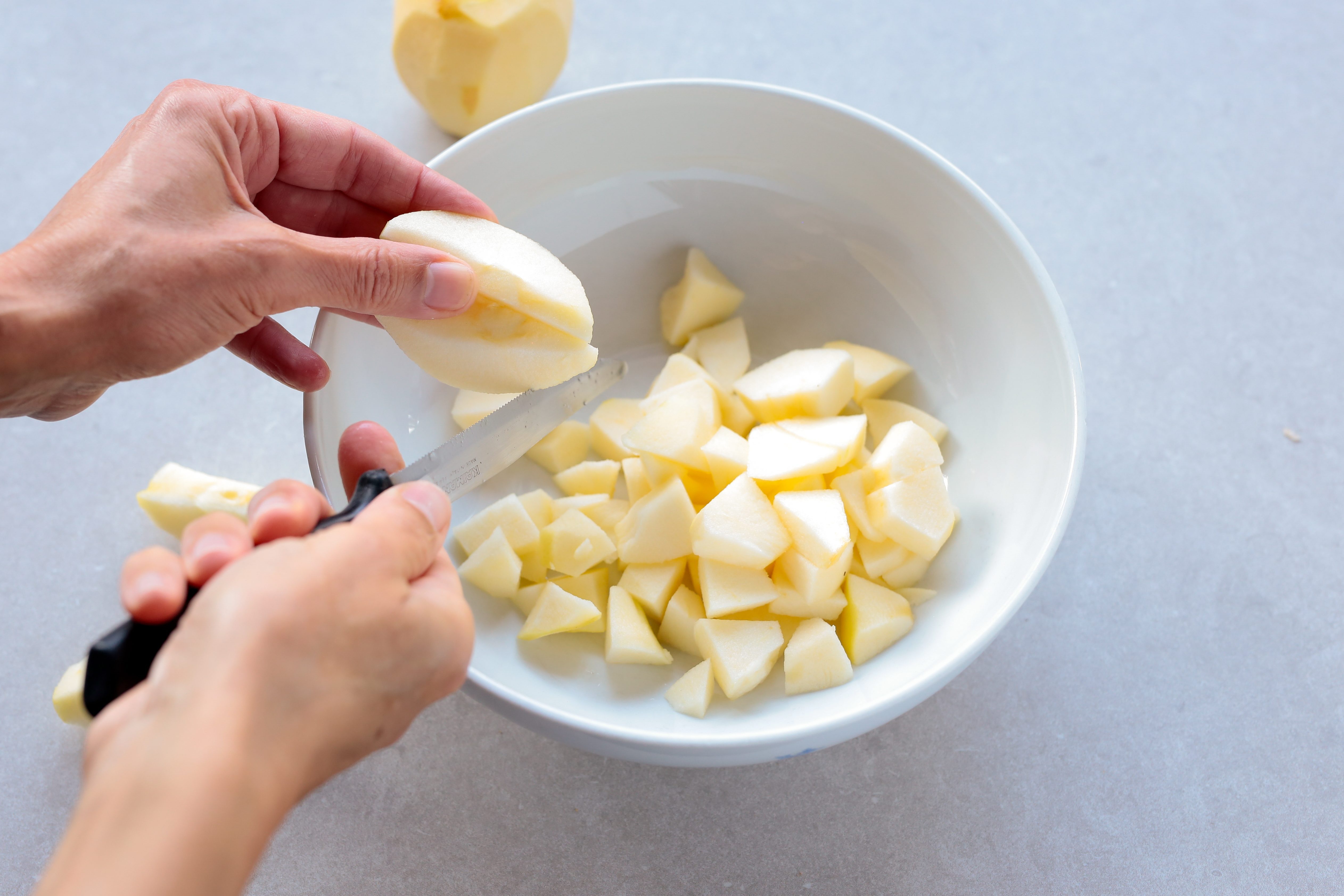 In the meanwhile, peel and core the apples, then chop them into wedges and tiny pieces in a bowl (5). 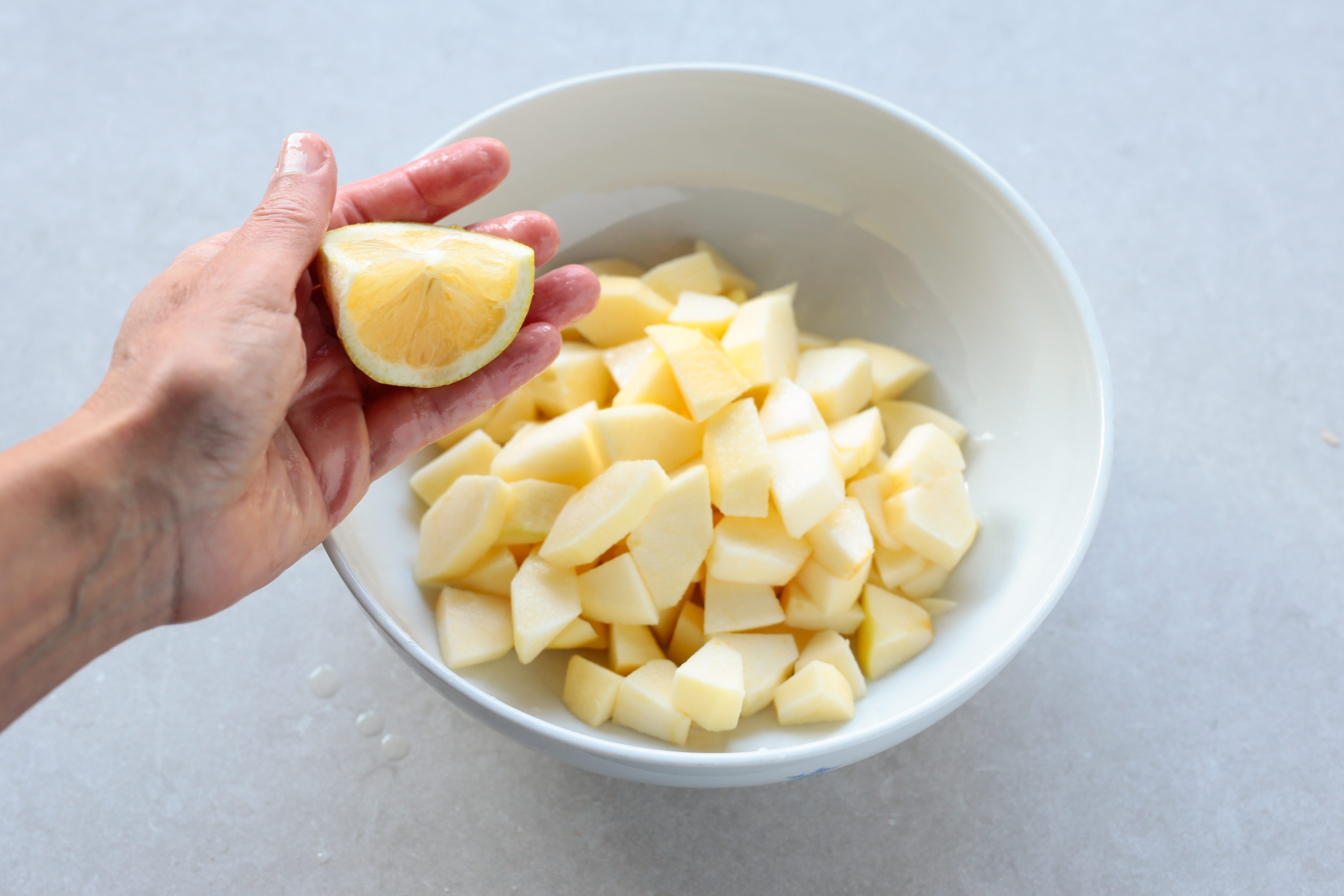 Add the lemon juice to taste (6). Combine the apples, sugar, flour, cinnamon, and salt in a mixing bowl. 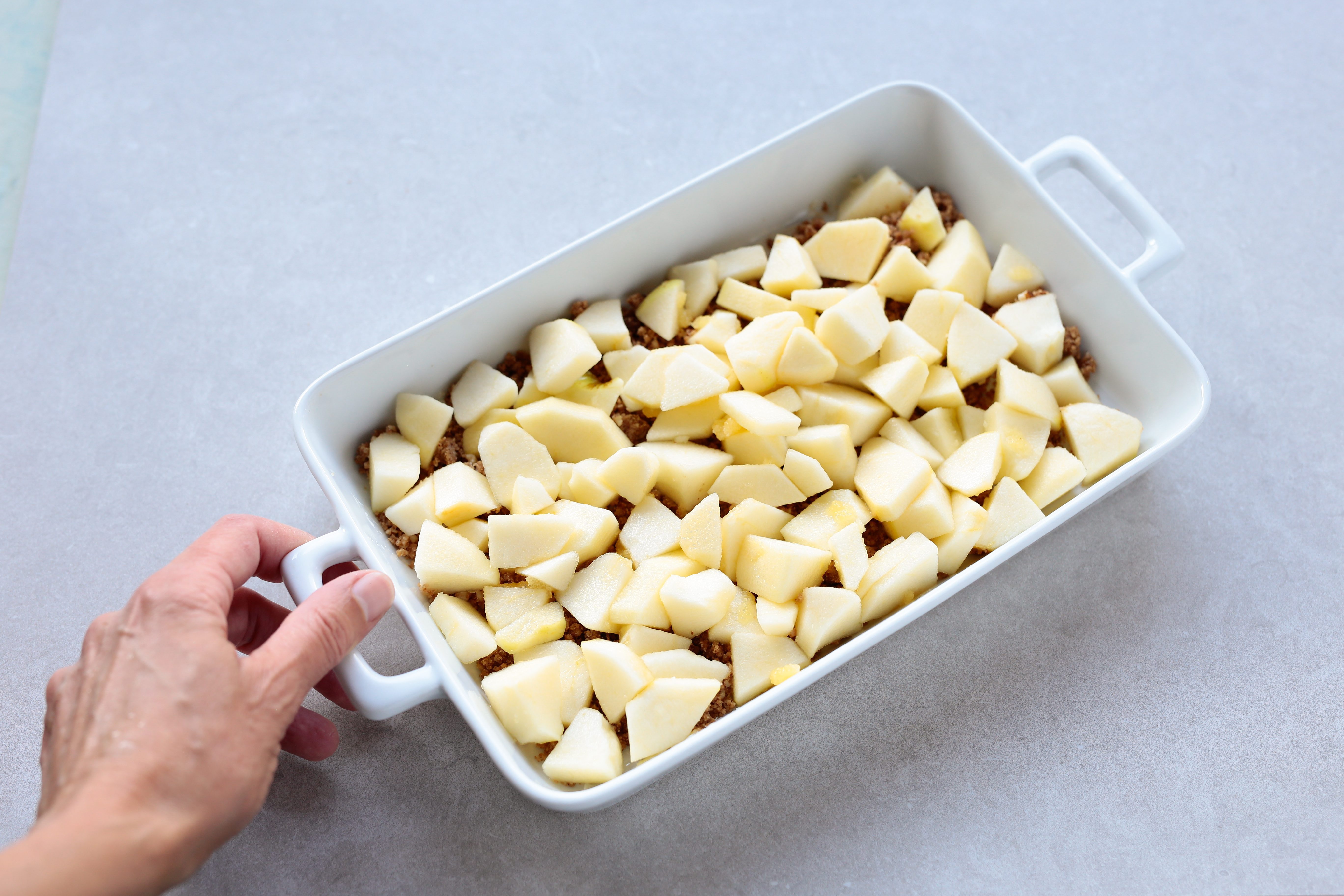 Place the apples in a baking dish (7). 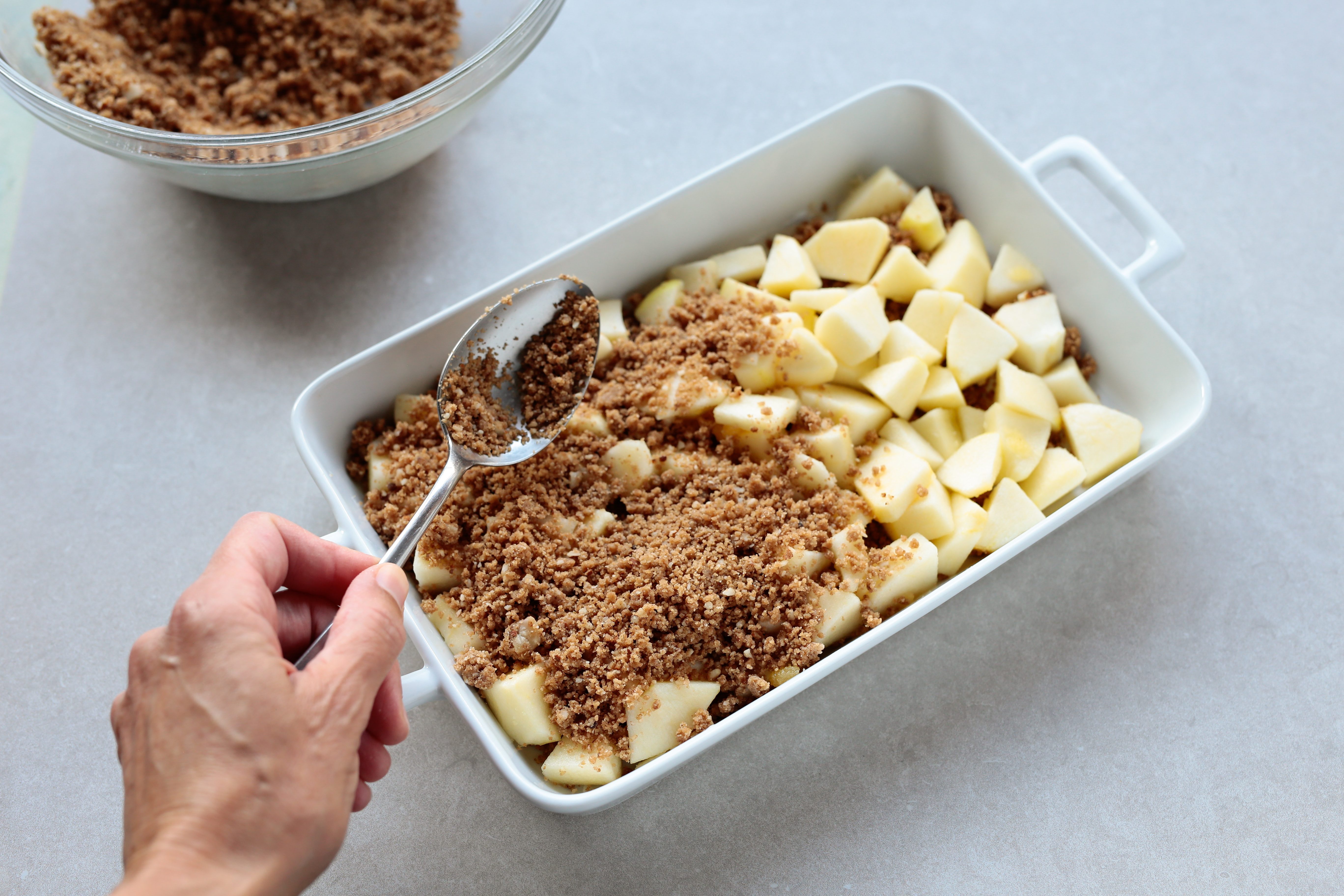 Over the apples, spread the topping (8). 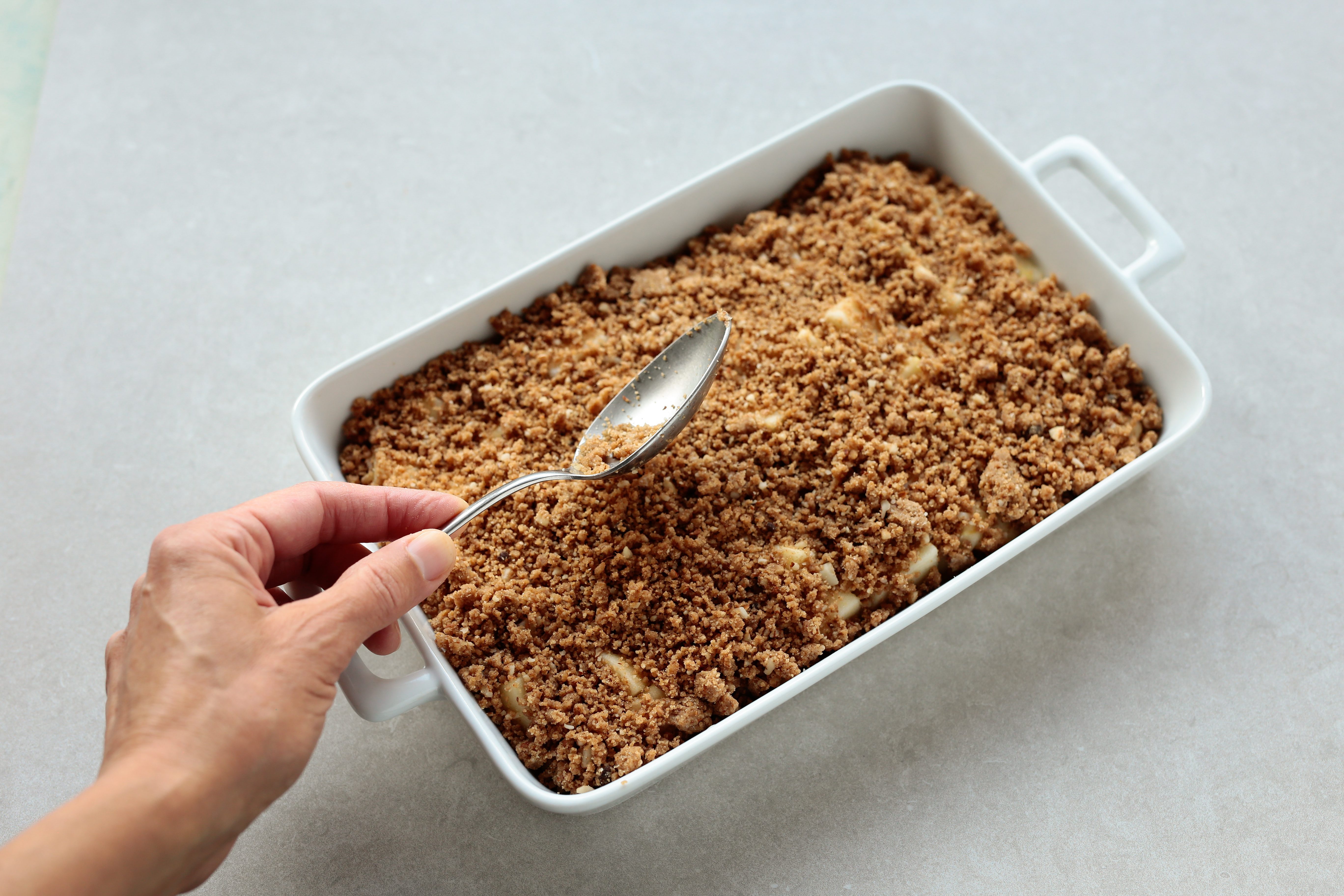 A 2 cm thick topping should be applied to all of the apples. By softly pushing with the back of a spoon, level the surface (9). 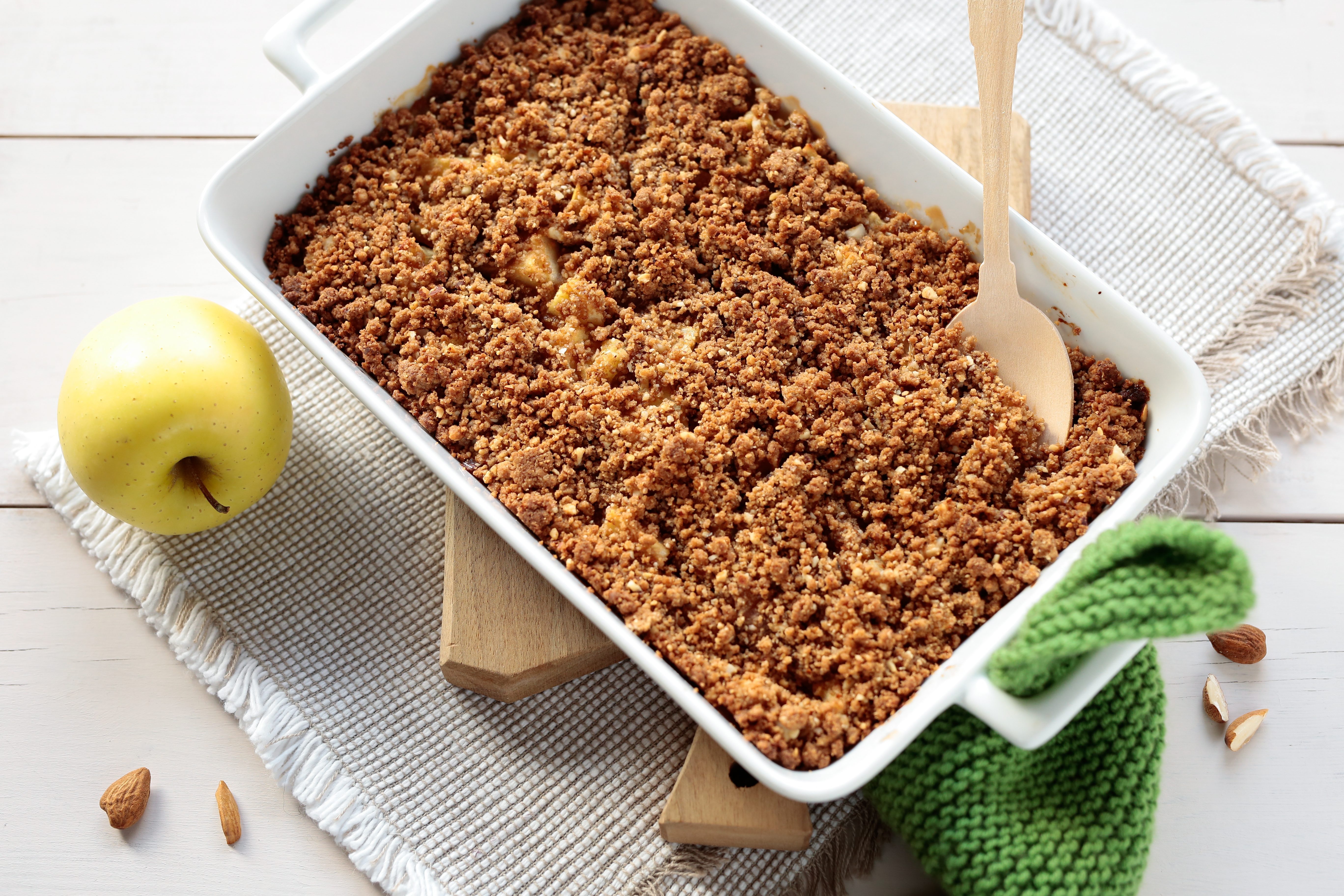 Transfer to a 350° F preheated oven and bake for 1 hour, or until the middle bubbles. Cover the dish with foil if the top darkens. Allow the apple crumble to cool for ten minutes before serving with ice cream or whipped cream. Enjoy!

The “apple crumble recipe allrecipes” is a popular apple dessert that can be made in many different ways. The most common way to make this dessert is by using apples, brown sugar, flour, cinnamon, and butter.

What is the difference between apple crisp and apple crumble?

A: Apple crisp is a type of apple pie with the crusts removed and served as a dessert. It has its own unique flavor, different from pies made by topping them with crumble or streusel.

How do you make Martha Stewart apple crumble?

A: To make Martha Stewarts apple crumble, you have to split the apples in half and cut out a cross with each half. Then take sugar, flour, cinnamon, nutmeg and salt.

Why is my apple crumble not crunchy?

A: The ingredients that you need to make an apple crumble are mainly apples, flour and sugar. If your mixture is too thick or dry it wont turn out as expected but if the mixture is runny or wet then it will get a bit soggy instead of crunchy.